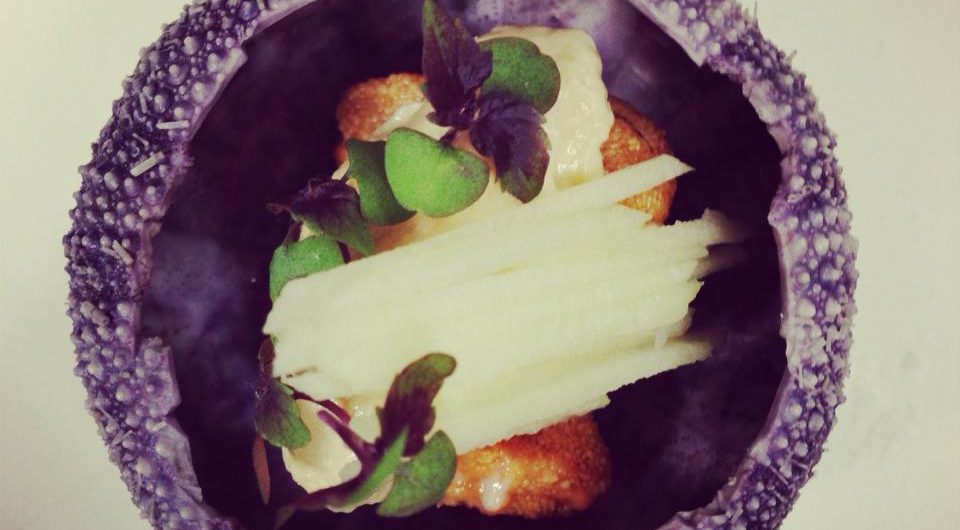 “At Tao Yuan, her menu is a mash-up of New American influences with Asian garnishes.  Aged duck breast, for example, is paired with a gastrique inspired from the sauces of the Shanxi province of China.  Lamb tartare is decorated with rice crackers and fish is pan-seared and flavored with black bean chili and pickled ginger.  Bao Bao Dumpling House, on the other hand, is more traditionally Chinese.  Dishes include zha jiang mian, or noodles with broad bean paste, and an impressive collection of dumplings – some typical (pork and cabbage), some quirky (shrimp and bacon).”

Jocelyn Ruggiero, The Boston Globe, Aug 2, 2016
“Why are so many woman chefs drawn to the coast of Maine?”

” …Stadler sees the arrival of more female colleagues in Maine as a boon: ‘Part of what drives people to Maine is the food, so the more places that people have to come, and the more food tourism is driven here, the more we all benefit.'”

“The chefs behind some of the best restaurants in the world are just 30 years old.  Or 27.  Or 25.  This month, we’re celebrating 10 rising stars who are following their own tastes and instincts.”

“Those small, French-Asian plates, an unusual but happy addition to the Maine arena, change constantly according to what ingredients are in season. For instance, the peaches—from the out-of-the-way orchard that Tao Yuan is named for—may only be around for a week or so. But diners can almost always count on having the popular steamed buns from Stadler’s great-grandmother’s recipe.”

“Why She’s Amazing: Although Stadler is only 26, she’s already cooked in top French kitchens and launched a buzzed-about supper club in China.  Now she masterminds an outstanding, Asian-inspired small-plates restaurant in Brunswick, ME.”

“While her skill and creativity has sent her to the top of the list of young American chefs, it’s Stadler’s work ethic that’s kept her going.  She will open a Chinese dumpling house in Portland this summer; she and Tao Yuan (pronounced “U.N.”) staff are working on building a greenhouse and aquaponics setup to supply the restaurant with greens and Asian produce year-round”

“Cara Stadler, chef/co-owner of Tao Yuan, a popular Asian fusion restaurant in Brunswick, joins 24 other nominees from around the country in the “Rising Star Chef of the Year” category. Stadler recently announced plans to open a dumpling house on Spring Street in Portland’s West End.”

“Cara Stadler of Asian-French restaurant Tao Yuan in Brunswick saw the tweets Wednesday morning and was surprised.  ‘I’m totally shocked. I thought we were off the radar in the grand scheme of things,’ said Stadler, one of seven Maine culinary talents to be deemed James Beard Award semifinalists this week.”